The New World Kirtan podcast, hosted and produced by Kitzie Stern, has been online since December 2008. The podcast started as service to the Corvallis kirtan community, a group which at the time consisted of 5 people and chanted to CDs.

Back in 2008 social media was a brave new world, and the podcast was originally an experiment. It started as the set list from the Corvallis weekly kirtan satsang, introduced by Kitzie and promoted on Facebook, Twitter and listed on iTunes. Today the podcast has a devoted following and New World Kirtan has become an influencer in the exploding world of devotional chant. 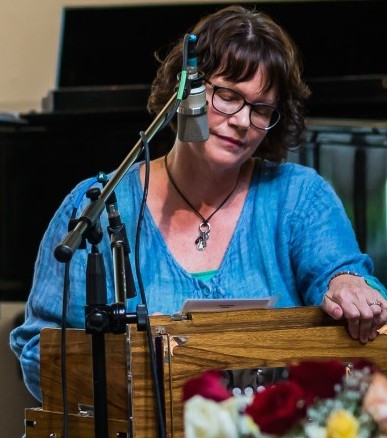 New World Kirtan is a voice for a world united in love and peace. Through our weekly 60-minute podcast, artist interviews & festival coverage we bring you the best of artists new and notable in the world of devotional chant. Kirtan, the path of Bhakti Yoga and devotional chanting, calms your mind and opens your heart — it gives you peace and can change your life. We are in service to this path and the global community around it.