Thank you so much for the New World Kirtan podcast that you broadcast for listeners all over the world. I have been listening to NWK and discovering new kirtan music through you for the past few years. Recently you asked your listeners to send in any stories we have about the formation of kirtan groups in other communities. So, I wanted to share my story with you. The story is about the birth of a kirtan community in Bermuda, a small island about 700 miles east of the United States. 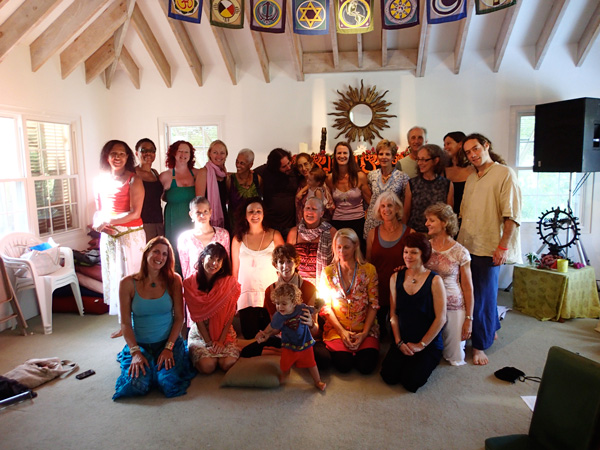 In 2004, I traveled to Asheville, North Carolina from my home country of Bermuda. I felt an inner calling to detach from the day-to-day routine of my life and to connect more deeply with Spirit. It was in Asheville that I discovered kirtan. One evening after I had finished a hatha yoga class, I saw a sign saying that kirtan was happening downstairs. I didn’t have a clue as to what kirtan was, but I was open to exploring anything that would facilitate my journey of self-exploration so I went. It was a decision that ultimately would change my life.

There was a local kirtan band that evening called “Sangita Devi”. From the moment I sat down in the dimly lit room and heard the music – the meditative drone of the tanpura, the heart-opening sound of the harmonium – I knew I’d stumbled upon something different, something sacred, something that was going to become a part of my life experience. And then the chanting started and I found myself repeating words that were foreign to me, yet somehow felt completely natural. I very quickly entered a meditative state. And then, the tears began to flow. There was no sadness attached to these tears, they seemed to come from a very deep, very old place, and didn’t even necessarily “belong” to me. Years later I would hear these beautiful, cathartic tears referred to as “Bhakti tears”. Since that evening in 2004, kirtan has become an integral part of my life and spiritual development. 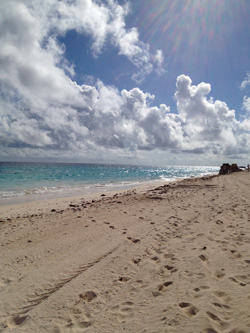 For a period of about 4 years, I couldn’t listen to any other type of music. There was something about kirtan, about the sacred mantras and chanting, that infused my very being and wouldn’t let go – and I didn’t want it to. Kirtan also became an anchor, a place of refuge, for my partner and I when my partner was diagnosed with cancer. By 2006, my home had moved to Philadelphia where there was the necessary medical care. Kirtan music was at the epicenter of my partner’s healing – it was played in our apartment literally 24 hours a day, even if we weren’t home. We both began to spend time learning the meaning of the mantras and exploring many diverse artists. We would chant mantras in the hospital, in the car, at our altar. Then, a gift was bestowed upon us in the form of David Newman (Durga Das). We first experienced kirtan with David in Asheville and loved him immediately. So we were thrilled to discover that David’s yoga studio was in Philadelphia! We began attending kirtan with him whenever we could, and also completed his first Kirtan College in Florida.

Eventually, my partner’s treatments finished and we headed back to Bermuda in 2007. I knew that no one was hosting kirtan there, and when I returned I also discovered that, just like me a few years ago, hardly anyone had even heard of kirtan. By this time, kirtan was so firmly established in our lives that my partner and I knew we were going to have to find a way to continue chanting in community, and it soon became clear to us that if this was going to happen we were going to have to make it happen. I was concerned because neither one of us played an instrument, and though my partner’s voice was pretty good, I didn’t think mine was not good enough to lead kirtan (a myth I have since dispelled as I learned that it’s not the quality of the voice, but the feeling in the heart that matters most). I prayed and asked Shree Neem Karoli Baba for guidance since I’d come to realize that he was the Guru and inspiration for so many kirtan wallahs that I respected. We decided to give it a try and first invited friends to join us once a week at a local spiritual retreat centre. We committed to being there and chanting every week whether others joined us or not. We set the intention to spread the Bhakti love vibration across the island. I guess we had a “build it and they will come” sort of attitude. And slowly, they did. Each week was different – sometimes we’d lead chanting, sometimes we’d chant to a CD, or watch a kirtan DVD and chant along. We kept the chants simple. Soon we attracted folks who could play a guitar or a drum…and it grew from there.

We also decided to invite David Newman to come to Bermuda and lead kirtan to give people a real taste of the transformative power of this beautiful, ancient yogic practice. David’s first visit (he’s been there now 5 times and is loved by so many in our community) was dual-purpose: because kirtan had affected me so profoundly, when I started a master’s degree in transpersonal psychology in 2006, I decided to study the impact of kirtan as a spiritual practice for people in 12-step recovery programs. David came to Bermuda to help me to teach my study group about kirtan and to lead them in the practice of kirtan. While he was there, he also gave a kirtan concert to a full house at the retreat center. The experience was pure magic.

Today, that small group of Bhaktis that started in 2007 has blossomed and is still going strong every week. We have all learned and grown so much through the experience of coming together, chanting together, laughing together and sharing our love for this wonderful practice. While it has brought our spiritual community closer together, kirtan has also extended its reach to the wider community. Last winter, the kirtan group was invited to sing at City Hall for the opening of an event there. And on April 3rd – 6th, 2014, the Bermuda Government is sponsoring our first Yoga Festival and has invited David Newman and C.C. White to our shores.

I feel so blessed that kirtan found me when it did, and that I was able to share it with others in this way. Last year a group of Bermudians attended Shaktifest for the first time, and we already have a full “Bhakti caravan” for Bhaktifest 2014! Jai Ma!